TradeLNX principals, Paul Lin and Theo Mittet, met while doing business through their respective other enterprises. It was by this confluence of mutual interest that they decided to travel to China together to explore business opportunities there. TradeLNX was born out of this trip through their personal synergy and the surprising opening of opportunities that Paul Lin’s pre-existing network of contacts made possible. They observed that there is an immense need for the facilitation of trade links between Chinese sellers looking for foreign buyers and foreign sellers looking for Chinese buyers. It is generally not understood that tens of thousands of smaller and mid-sized Chinese and foreign manufacturers are out of the international trade loop and don’t know how to get in. Paul Lin has, for two decades, cultivated personal business relationships in China while sourcing directly with factories there. His relationships are couched in a history of friendship and trust and, through them, our circle of influence grows. TradeLNX has leverage in accessing and negotiating favorable pricing and terms directly with factory owners. Since TradeLNX‘ founding, we have created two-way trading spokes between partners in the US, Latin America and Europe with China at the hub of the wheel. 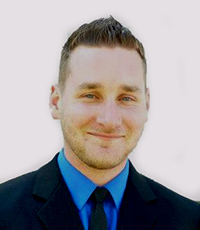 Buddy Buterbaugh was raised in a military family where both he and his four sisters were home schooled. His early sensibilities were formed by his father’s military style discipline and exposure to the arts through his mother’s influence. He has traveled extensively, both as a military dependent and as an adult, having lived in or visited more than fifty-three countries. His family was stationed in Germany until he reached the age of six, the family subsequently settled in North Carolina where his artistic talents were nurtured. While highly creative and attracted to the arts, he had always felt a calling for business. He eventually undertook studies at Wake Forest University (including two semesters at Brighten College, England) from which he earned his undergraduate business degree. He contiguously earned an MBA from the same university with emphasis on “Small Business Systems and Finance”. His early business ventures included formation of a construction company which grew from one to forty employees within three years. The company was sold to a larger company based on its impressive profit profile. He subsequently became COO for a full service construction and maintenance company, where he designed and managed all of its daily operations. As before, he brought this fledgling enterprise to a high level of profitability. After three years with the company, its owner retired a wealthy man. Buddy transitioned from owning companies to consulting with them in order to perfect operating systems and bottom lines in exchange for a share of their profits.

Buddy’s Buterbaugh’s essential business skill is his ability to identify operational and management deficiencies and to implement necessary procedures to overcome them. He joined TradeLNX as its CEO in 2015 and has since restructured the company into a highly viable international and multi-lateral trading company. He currently divides his time between daily management of the company and international travel between potential and existing TradeLNX partners. His vision for TradeLNX is to create opportunity for others through the formation of synergistic trading partnerships worldwide. Furthermore, he enjoys introducing the concept of international trade to small or medium sized companies, whether buyers or sellers.  His reward is the mutual benefit shared between the trading partnerships that he creates. 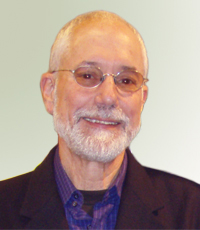 Theo Mittet was raised in Seattle, Washington where he attended the University of Washington, Department of Architecture. He subsequently moved to California where he studied and graduated from the University of California, Berkeley with a BA in Environmental Design. He also undertook master’s work in Geography and Environmental Studies at Western Washington University. Mr. Mittet won a bronze medal in the 1964 Tokyo Olympic Games and has competed in numerous other national and international rowing events, including the 1966 World Rowing Championships in Bled, Yugoslavia. To this day, he lives and promotes a healthy life style.

His career as an independent consultant and businessman has afforded him the opportunity to travel extensively throughout the world, resulting in a network of international contacts. He utilizes these for international partnerships development. Prior to founding TradeLNX with his business partner, Paul Lin, he was founder, president and CEO of companies selling their own products to both wholesale customers and through online retail sales. His focus as a TradeLNX principal is the marketing of ‘Made-in-America’ products to China and establishment of two-way trade partnerships between China, the US and multiple other countries. 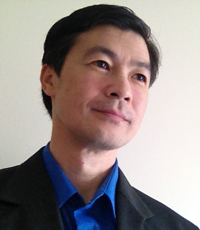 Paul Lin was raised in Southern China. He earned a Bachelors Degree in International Business and Marketing in China. He subsequently worked for the state owned International Economic and Technology Company where he held responsible positions as project manager in both China and abroad. Following his arrival in the United States in 1997, he explored American business culture and earned a Masters degree at Detroit of University.

Paul Lin travels extensively between China and the United States. He has a deep cross-cultural understanding of both Chinese and American values and business culture. He feels as comfortable dealing respectively in either country as he does bridging the cultural divide that separates them. His wide range of work experience in China and abroad includes upper management responsibilities as marketing director and strategist, staff training adviser and product sourcing director. Prior to forming TradeLNX with Theo Mittet, he worked with a large American importer of Chinese specialty items. His primary role there involved negotiating with Chinese factories and suppliers to gain favorable pricing and terms. While in this position he was also responsible for writing all contract purchasing agreements and making freight forwarding arrangements. Mr. Lin is experienced in both import and export supply chain operations from initial sourcing to final delivery and distribution. Paul Lin has an uncanny ability to multi-task. He knows how to obtain results in the often fast paced environment of international trade with its frequently shifting political and currency equations. He enables consistency and preferential treatment from our Chinese trading partners by honoring the trust that he has established within his extensive Chinese operative network. 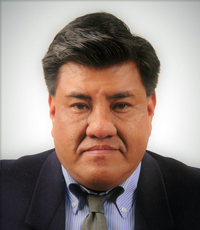 Javier Rendon was born and raised in Cochabamba, Bolivia. His father was a successful businessman who coordinated and carried out negotiations between Bolivian and US companies regarding mining contracts. Since early childhood, Javier was exposed to multiple business activities. His father instilled discipline in his son, a trait which has served him well in his own entrepreneurial pursuits. Mr. Rendon studied at the Calvert School, an American school which emphasizes the importance of English as the “global language of business”. He obtained both his Bolivian and American diploma from the Calvert School and, after graduating, he studied commercial engineering and aviation at the Univalle University.

His excellent education and English fluency provided the opportunity to teach English as a professor at Univalle University. He also taught literature, world geography, CBA and English Arts in different American schools in Bolivia. “Bolivia de Aviacion”, a Bolivian Aviation company, hired him as an English interpreter and translator in multiple capacities. He has also worked as a translator and interpreter related to facilitating import and export negotiations between companies from different countries, including China. Furthermore, he is frequently hired as a consultant by multiple Bolivian companies to source products from overseas, especially between Bolivia and China. He has traveled to China in these pursuits where he developed valuable trading contacts.
Mr. Rendon is presently engaged as the manager of “South American Partnerships Development” by TradeLNX, an international trading company. TradeLNX both exports US products to multiple countries and between multiple other global countries, especially between Chinese and and other global trading partners. Mr. Rendon’s duties with TradeLNX include overseeing Latin American market development, regulatory assistance and import logistical facilitation. He specifically focuses his marketing expertise and outreach on Brazil, Argentina, Bolivia and other markets within this geographic proximity. 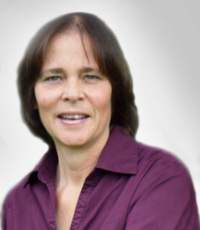 Holly Hunter has been a northwest native since moving to Washington from California with her family as a teenager. The family’s move was made in order to be closer to her grand parents and extended family who, subsequently, had a significant influence on her life and the choices that she made. She enjoys many hobbies including a love for travel, wood working, swimming and the outdoors.

Holly has a degree in Business Administration with an emphasis on accounting. She also has a certificate in Computer Information Management . She has built a twenty five year career on both her formal education and the practical skills gained through work experience in retail sales and aerospace manufacturing. Holly understands that all project life cycles are sequenced and involve the management of multiple overlapping details on a critical timeline. She applies continuous improvement practices and lean manufacturing concepts in order to streamline task flow and maximize efficiency. Holly brings both professional experience and multiple skill sets to TradeLNX in the position of Logistics Manager. Her responsibilities include all logistics coordination activities: process development and implementation, complete customer service related to the movement of goods, coordination with freight forwarders and product inventory control and tracking of all international import /export shipping and receiving activities for the company.